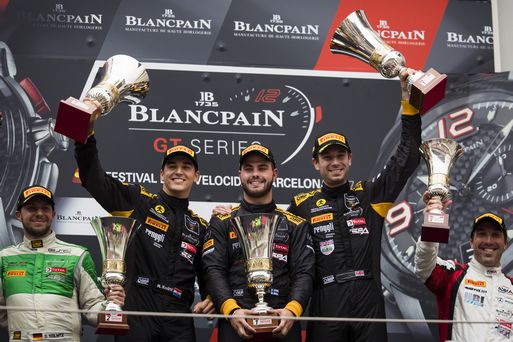 
We enjoyed a highly successful end to our 2017 season campaigns, securing the British GT Teams’ Championship title at Donington Park, and our third Blancpain Endurance Cup Pro-Am victory at the Barcelona finale. This hat-trick of Blancpain wins gave us an incredible final tally of 9 race wins from 17 events for this season!

Following the drama of the Spa 24 Hours, it was especially satisfying to end our international season on such a high in the Barcelona 3 Hours. We must say a very special thank you to Adrian Amstutz for making it happen and for being there with us to celebrate. A huge well done to our #77 drivers in Spain - Hunter Abbott, Martin Kodric and Patrick Kujala for three fantastic stints which secured the hat-trick of victories for us in Pro-Am in 2017 - more than any other car. This result also confirms second in both the Blancpain GT Series Endurance Cup Pro-Am Drivers and Teams championships!