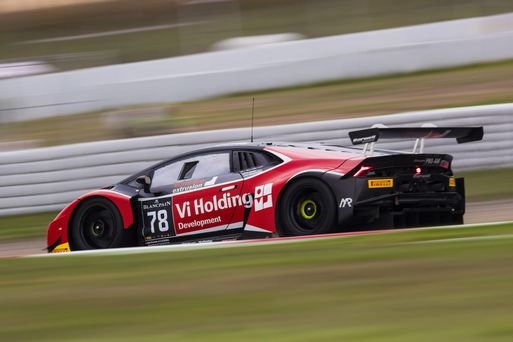 
Reigning British GT Teams Champions, Barwell Motorsport, will be returning to the series for the 12th year in 2018, and for the third year in a row with a squad of stunning Lamborghini Huracan GT3s. In 2017 the Surrey-based team took its fifth British GT Championship title, and will again be fielding a very strong driver line-up as it strives to add to that impressive tally. Barwell will also be increasing its chances of success even further next year as it will be running three full-season Huracans in the series.

Jon Minshaw and Phil Keen will be reigniting their successful partnership, which has produced no less than seven race wins with their Barwell Huracan GT3 during the last two seasons. In 2017 Minshaw put in some great performances in the Lamborghini, and was stunningly fast in wet conditions, whilst Keen was able to extract every last ounce of performance from the car. Their extensive knowledge of the Huracan will certainly put them back in the frame for another assault at the crown in 2018.

Also continuing with the team is Leo Machitski, who claimed the very first British GT3 Drivers Championship, aboard a Barwell Aston Martin DBRS9, in 2006. For the past two seasons Machitski has driven a Huracan in the Blancpain Endurance Cup, but is returning to the UK for another crack at the title. He has enlisted the services of another of Barwell’s 2017 Blancpain drivers, Patrick Kujala, who also made a one-off appearance (with Adrian Amstutz) at this year’s Spa British GT round. The Finn was mightily impressive on his way to three Blancpain Pro-Am race victories this season, and this fast pairing will no doubt prove to be strong challengers next year.

Returning to both British GT and to Barwell Motorsport is another former series Champion, Jonny Cocker, who was an ELMS race-winner this season aboard a GTE Ferrari. Jonny previously raced a Barwell Aston DBRS9 in British GT in 2007, claiming two race victories with Paul Drayson. Cocker will be teaming up with championship debutant, Sam De Haan, who is making his first foray into GT racing in 2018.

Mark Lemmer, Barwell Motorsport Team Principal: “It’s terrific to be announcing three such quality line-ups. Jon, Keeny, Leo, Jonny and more recently Patrick have all enjoyed enormous success with us over the years, and we warmly welcome Barwell’s ‘new boy’, Sam De Haan. British GT3 will be a steep learning curve for him but I have every faith in his potential.”

Jon Minshaw: “I love driving the Huracan GT3 with Keeny, and British GT continues to be the best Pro-Am championship in Europe, which is why I’ll be back to challenge for another year.”

Phil Keen: “It’s good to be back with Jon and Barwell for another year doing BGT, the last two seasons with the Lambo have been very good for us and Jon’s driving has come on a lot in 2017. We have a great team behind us and I am looking forward to another solid run at the title in 2018.”

Leo Machitski: “I’ve always felt that I’ve got unfinished business with British GT, as I didn’t stay around in 2007 to defend the GT3 title I won in ’06. So I’m definitely not coming back to make up the numbers! Patrick has already proven how fast he is in the Huracan GT3, so I’m confident we will be in good shape.”

Patrick Kujala: “I’m very happy to be going into another season with Barwell, and to team up with Leo for the first time. Our goal is to win the championship and if everyone works hard throughout the season then I’m confident we can achieve this.”

Sam De Haan: “I’m really excited about my first season in GT racing with Barwell. I know I’m going to be the ‘new kid on the block’, but with both a previous championship winning team and co-driver in my corner I’m confident of getting up to speed reasonably quickly.”

Jonny Cocker: “I’m extremely happy to be joining Barwell Motorsport again for what will be my fifth season’s racing with the Team, and going back into a Championship with so many great memories. I’ve been working with Sam now for a little while and he’s already showing strong potential, so I’m expecting our 2018 effort to continue this potential towards achieving some good results. I can’t wait!”