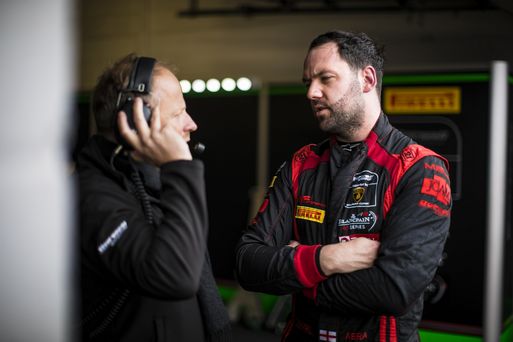 
Barwell Motorsport has now confirmed its final driver line-ups for the Blancpain GT Series Endurance Cup blue-riband event, the Spa-Francorchamps 24 Hours on July 28-29th. Both its Am Cup (#77) Lamborghini Huracan GT3 and Silver Cup (#78) sister entry will feature very strong 4-driver squads for what is regarded as one of the very toughest major 24 Hour races on the calendar.

The #77 Huracan will feature season campaigners Adrian Amstutz and Leo Machitski as normal, and they will be joined as a one-off for Spa by Barwell returnees Richard Abra and Patrick Kujala. Both Richard and Patrick were part of our 2017 Blancpain season line-ups but will be making their debuts in this year’s championship at the Belgian classic, where they will be pushing to assist Adrian and Leo’s joint assault on the Am Cup title. This duo has already clocked up two podium finishes so far this season, along with Francisco Guedes, at Monza and Paul Ricard. Spa wasn’t on Francisco’s original schedule, but the Portuguese driver will return for the final round at Barcelona.

After their stunning victory at the Paul Ricard 1000Kms in June, the Silver Cup #78 crew of Michele Beretta, Sandy Mitchell and Martin Kodric have propelled themselves into championship title contention. To bolster their chances of repeating this victory at Spa we have added a fourth official Lamborghini Squadra Corse GT3 Young Driver to the roster, in the form of young Dutchman Rik Breukers. Rik has already tasted major 24 Hour success this year, when he claimed GT3 victory in the Daytona 24 Hours aboard a Grasser Lamborghini Huracan. He is also one of the stars of the Lamborghini Huracan Super Trofeo one-make series.

After achieving three podium finishes in a row (in Pro-Am) in 2014-2016 at the Spa 24 Hours, Barwell Motorsport is now extremely well positioned to challenge for honours in two separate classes for the first time in 2018.