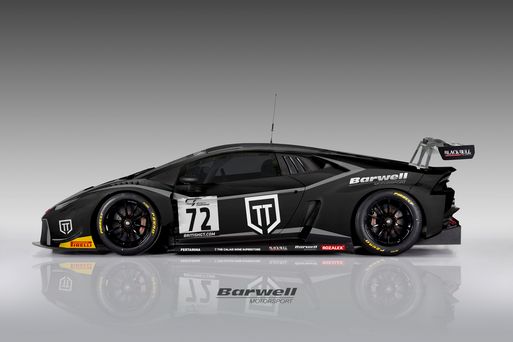 
Barwell Motorsport is delighted to announce that British GT4 race-winner, Adam Balon, will be making the step up to GT3 with us next season, aboard a brand new Lamborghini Huracan GT3 Evo. Adam will be partnered by recently-announced Lamborghini factory pro driver, Phil Keen.

Balon made his British GT debut in a one-off appearance in 2015 driving a Lotus Evora GT4, before finishing 3rd in the 2016 Lotus UK Supersport Cup and then switching full-time to the British GT Championship in 2017. He spent the last two years aboard a McLaren 570S GT4, finishing 3rd in the Pro-Am standings in ’17, and claiming GT4 race wins during both seasons.

Keen has been part of Barwell’s British GT squad for the past four seasons, as one half of a highly successful partnership with Jon Minshaw, which has claimed eight race wins in our Lamborghini machinery and finished as runners-up in the Drivers standings for the last three years consecutively. His efforts have been rewarded with a full factory driver contract, and he will thus be gunning for that elusive BGT Championship title again in 2019.

Adam and Phil will be starting pre-season testing with their new car in February next year, and will be joined in Barwell’s Lamborghini Huracan British GT3 squad by the previously announced Sam De Haan/Jonny Cocker combination.

Mark Lemmer, Barwell Motorsport Team Principal: “We have been following Adam’s performances and success in GT4 for a while now, and I have no doubt that he has what it takes to step up to become a championship challenger in the spectacular new Lamborghini Huracan GT3 Evo. The first time Adam tested with us he was immediately fast and fitted straight in with the Barwell philosophy, I’m sure he and Keeny are going to make a formidable partnership going forward!”

Adam Balon: “So excited to be stepping up to GT3 with such high quality players such as Barwell, Lambo and Phil Keen. No pressure then…”

Phil Keen: “It’s great to be back for another year with Lamborghini and Barwell in BGT, really looking forward to working with Adam and seeing what we can achieve in our first year together.”