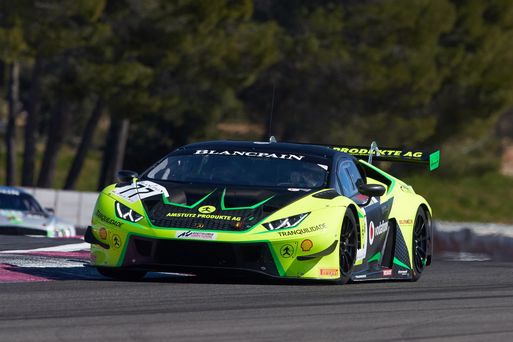 
Barwell Motorsport will be back in action in the Creventic 24 Hour Series in 2019, with its first attack on the Mugello 12 Hours this weekend. Campaigning the team’s Lamborghini Huracan GT3 Evo in the Pro Class will be a trio of drivers very familiar to us, in the forms of reigning Blancpain Am Cup champ, Adrian Amstutz, and multiple race winners aboard Barwell machinery in both Blancpain and British GT respectively, Patrick Kujala and Phil Keen. Amstutz and Kujala are thus re-joining forces having previously claimed Blancpain Pro-Am race wins in 2017 and then Am Cup victory together at Spa 24 Hours last year, all in Barwell Lamborghinis.

Barwell last appeared in the Creventic series in GT3 in 2016, when we finished second in the Barcelona 24 Hours with the Huracan GT3 driven by Mark Poole, Richard Abra, Joe Osborne and Jeroen Bleekemolen. Ten years prior to that we made our only previous visit to the Mugello circuit, when we competed in a round of the inaugural FIA GT3 European Championship, with a trio of Aston Martin DBRS9 GT3s. Adrian Amstutz, meanwhile, has contested the Mugello 12 Hours event twice before, and has previously claimed the runner-up spot overall.

On-track action for the Mugello race starts with testing sessions on Thursday March 28th, with the race itself split into two parts, the first three hours being held on Friday 29th and the remaining nine hours taking place on Saturday March 30th.

Amstutz and Barwell are also planning to contest this year’s Barcelona 24 Hours on August 31st-September 1st , with the final driver line-up to be confirmed.