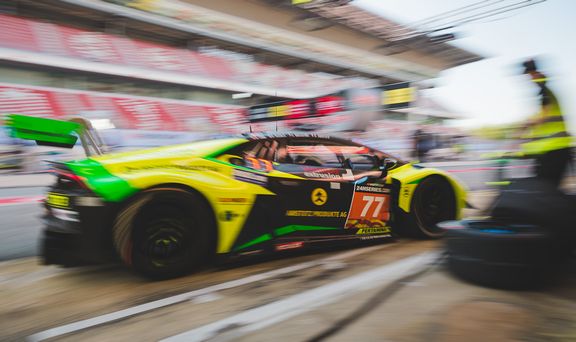 
Barwell Motorsport is delighted to announce that it will be contesting the Gulf 12 Hours at Yas Marina circuit again in December, and also the Dubai 24 Hours in January 2020, with one of its Lamborghini Huracan GT3 Evos. Barwell has previously competed in the Gulf 12 Hours in both 2012 (with a GT4 Aston Martin) and in 2016 with a Huracan GT3, but this will mark our first GT3 entry into the Dubai race after making our event debut in 2013 in GT4.

Newly-crowned British GT Pro-Am and Blancpain Am Cup championship winners, Barwell Motorsport, will be entered in the Pro-Am class for the Gulf 12 Hours in Abu Dhabi, and will then be gunning for outright victory in the Pro class in the Creventic 24H Series season-opening Dubai race. This follows on from the two highly successful forays we had in Creventic events in 2019, claiming outright victory in the Barcelona 24 Hours and second overall in the Mugello 12 Hours.

Contesting both events as part of the driving squad are drivers very well known to Barwell already - double Blancpain Am Cup champion, Adrian Amstutz (Swiss); Blancpain Spa 24 Hours Silver Cup winner, Jordan Witt (UK); and previous Blancpain Pro-Am race-winner, Patrick Kujala (Finland). Amstutz and Kujala were also part of the successful Creventic line-ups at both Barcelona and Mugello. Coming on board at Yas Marina only will be Portuguese Miguel Ramos (who was with us on the event in 2016), and then joining the squad for Dubai will be Lamborghini factory driver Dennis Lind (Denmark), who was also part of our victorious Barcelona 24H crew.