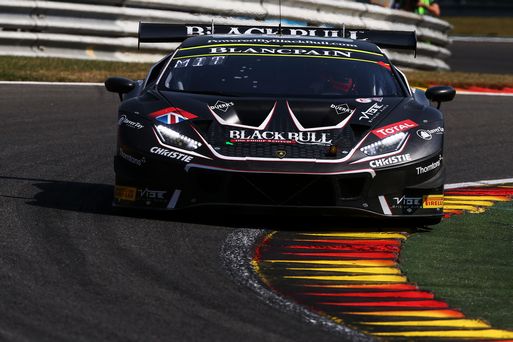 
Barwell Motorsport is delighted to announce that it will again be running a Silver Cup car in the GT World Challenge Europe Endurance Cup, having claimed victory in last year’s Spa 24 Hours and third in the Teams standings. For the third season in a row our Lamborghini Huracan GT3 Evo will be presented in the stunning livery of the team’s commercial partner, Black Bull Whisky, as we once again strive for the coveted Silver Cup endurance series title.

Continuing in one of the three driver hot seats for the 2020 season will be Jordan Witt, who will be embarking on his second year with Barwell and Lamborghini after some very impressive performances last season, which included topping his individual qualifying session overall at Monza and that fantastic victory at Spa. Meanwhile his 2019 team-mate, Sandy Mitchell, will be back in the car during this season for the Spa 24 Hours only, with last year’s race winner joining the full-season drivers as the fourth driver for the Belgian classic.

With our other 2019 driver James Pull moving on to pastures new, we now have two exciting new drivers in place to join Jordan for the full Endurance season, in the forms of Brit Alex MacDowall and Frederik Schandorff from Denmark. MacDowall (29) brings a wealth of previous GT racing experience and success over the past decade, having previously been a WEC race winner and ELMS Champion aboard Aston Martin GTEs and was also runner-up in the ELMS in 2018 in JMW’s Ferrari GTE. In 2019 Alex embarked on his maiden year in the Blancpain GT Series Endurance Cup with the WRT Audi squad, and will be hungry for his first Silver Cup victory with us this season. Twenty-three-year-old Schandorff arrives at Barwell as the reigning Lamborghini Super Trofeo World Finals winner and also scooped up the Lambo one-make series Middle Eastern championship title in 2019. He made his GT3 debut aboard a Huracan last year too, claiming third place in the Blancpain Asia Pro-am Cup, as well as posting some strong showings in the GT Open series. This season Frederik is dovetailing his European Barwell programme with another championship assault in Asia and outings in the Italian GT Championship endurance races, and is Lamborghini Huracan GT3-mounted for these series too.

Jordan Witt: “I can’t wait for the season to begin, working with Barwell last year and over the winter has been awesome. The team is strong and so are my team-mates, so hopefully it will be a great year!”

Alex MacDowall: “I’m really looking forward to starting a new season with such an iconic brand and race winning team. This will be my second year in the championship so I’ll be looking to challenge for the title and give it everything until the chequered flag drops at the last round.”

Frederik Schandorff: “I am so happy to get the opportunity to drive with Barwell Motorsport, I can’t wait to get back on the European tracks, and am looking forward to working hard with the team to try and win the Silver Cup. I appreciate being given this opportunity from the team, Lamborghini Squadra Corse and PR Electronics.”

Sandy Mitchell: “I'm extremely excited to be racing with Barwell and Black Bull Whisky again this year, and can’t wait to return to Spa to try and make it two Silver Cup wins in a row in one of the greatest GT races in the world.”

Euan Shand, Chairman of Scottish sponsors Black Bull Scotch Whisky; “Our commitment to Barwell Motorsport continues for the 3rd year in a row and increases awareness of Black Bull Scotch Whisky in two arenas – the British GT Championship and the GT World Challenge Europe Endurance Cup.  Using motorsport to promote the visibility of our core brand makes sense as we continue to export our whisky globally.  Whilst we always want to communicate our brand to a new audience, it’s also about supporting Scottish racing drivers like Sandy Mitchell, who we believe has a huge future ahead of him.  We wish the team and the drivers the best of luck for the forthcoming season.”