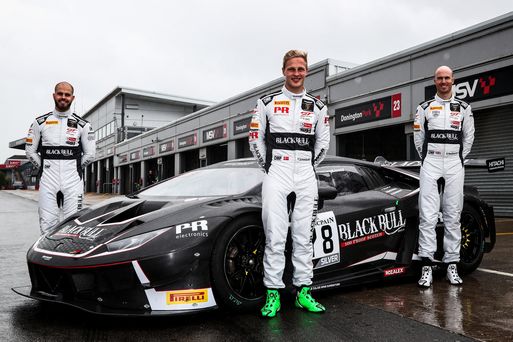 
Barwell Motorsport is delighted to confirm that we will continue to run two Lamborghini Huracan GT3 Evos in the revamped GT World Challenge Europe Endurance (GTWCEE) season, albeit with some changes to our original plans. The Black Bull Silver Cup car remains in the super hotly contested class for young budding Pro drivers, but with one change to its original line-up, as young Finn Patrick Kujala will now take the seat previously occupied by Jordan Witt. Meanwhile the sister Barwell entry now moves from the Am class to the Pro-Am Cup with some relevant driver changes which will be announced separately in due course.

With Jordan Witt having completed a highly successful 2019 in the Blancpain Endurance series with the team, including an amazing Silver Cup victory in the Spa 24 Hours, he was originally set to join Frederik Schandorff and Alex MacDowall in our Black Bull Huracan for this season prior to the arrival of the Covid-19 pandemic. Unfortunately due to knock on effects of the pandemic situation he has regrettably had to pull out of the GTWCEE programme, but is hoping to re-join Barwell for 2021.

With Kujala out of a drive following the recent withdrawal of the Rinaldi Ferrari he was due to contest the Silver Cup in, he was thus the ideal candidate to fill the vacant seat in the Barwell Lamborghini. Patrick is of course no stranger to the team or the car, having contested the 2017 Blancpain Pro-Am Cup season with us before also being part of our winning squads in the 2018 Spa 24 Hours Am Cup and 2019 Barcelona 24 Hours. He brings backing from Amstutz Produkte and Clean AG.

Kujala, Schandorff and MacDowall (pictured above from left to right) will begin their 2020 campaign at the first round of the GTWCEE at the Imola circuit in Italy on July 25-26.

Euan Shand, Chairman of main sponsors Black Bull Scotch Whisky commented; “We’re excited to see Patrick Kujala getting in the hot seat ahead of the season starting.  It’s great that motorsport is kicking off again after lockdown and we wish the Barwell team all the best in a couple of weeks’ time when they head to Italy.”