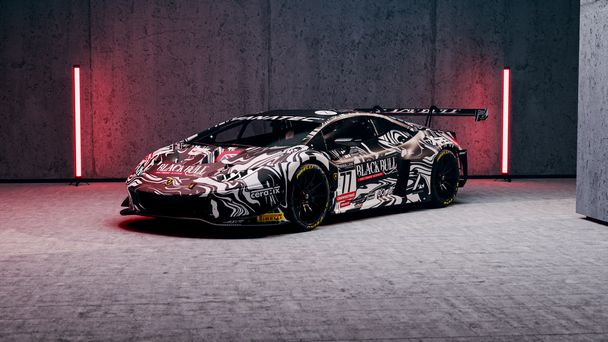 Adrian Amstutz had originally planned to contest the full championship in this car (with Alex and Sandy) but unfortunately business commitments have kept him out of the drivers seat for the season so far, and he was replaced at Imola and Paul Ricard by Rob Collard.

De Haan and Al Harthy have this year been racing together in an Oman Racing with TF Sport Aston Martin in the European Le Mans Series, claiming victory in GTE last time out at Imola, and are joining Barwell for a one-off outing at Spa. Sam is no stranger to the cockpit of one of our Lamborghinis however, having raced with us in British GT for two seasons and claimed the Pro-Am Championship title with Jonny Cocker in 2019. Ahmad meanwhile will be having his first experience of both team and car, having been one of our chief rivals in both domestic and European competitions for many years aboard Porsche and Aston Martin machinery. Like Barwell he is also a previous winner of the Pro-Am Cup in the Spa 24 Hours.

Barwell Motorsport will be gunning for our fourth different class victory in this year’s Spa 24 Hours, as we strive to add a Gold Cup win to the ones we achieved in Am Cup (2018), Silver Cup (2019) and Pro-Am Cup (2020). This year’s campaign will be supported by Black Bull Scotch Whisky, Amstutz Produkte, Alexanders Prestige, Ceramix, Sutton Winson, XPEL, Zenith Vehicle Management, Omantel, OQ, MHD, Rozalex, and Christophe Duchamp.

Mark Lemmer, Barwell Motorsport Team Principal: “It’s great to welcome Sam back to Barwell, we have been talking about it for a while now. And it will be really interesting to see how Ahmad gets on with the mid-engined Lamborghini, he’s a class act and I’m sure it won’t take him long to adapt. Combined with Alex and Sandy and our Huracan GT3 Evo we have all the tools needed to fight for victory in the Gold Cup.”

Sam De Haan: “The Spa 24hr is the big one. It’s the one that everyone involved in GT3 competition wants to win. It is a huge challenge for every part of the team, it’s hard on the drivers, it breaks cars, and it is at one of the best circuits in the world. To be involved in it is incredible, and to win it would be the cherry on the cake. We are going there this year with proven race winners and one clear aim. Barwell Motorsport has won the event on more than one occasion, and what they don’t know about racing a Lamborghini isn’t worth knowing. It is great to be joining Alex and Sandy who have been running with the team and had a strong result last time out at Ricard, and to be back racing with Ahmad who has previously stood on the top step of the Spa podium. For me, personally, it is the next big challenge and I have never been more determined.”